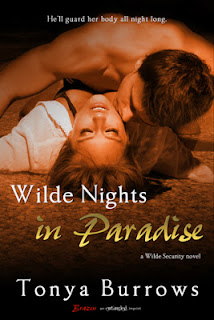 Former Marine Jude Wilde’s motto has always been “burn bridges and never look back,” so nobody is more surprised when Wilde Security is hired to protect assistant district attorney Libby Pruitt, the woman he loved and left. Although she makes it clear she wants nothing to do with Jude, they’re forced to fake a relationship for her safety. He can’t ignore the heat still simmering between them, and when her stalker’s threats escalate to attempted murder, he’s left with no choice but to whisk her away to a friend’s safe house in Key West, FL.

Cooped up in paradise together, Jude begins to chip away at Libby’s resolve to hate him. But even as she gives in to his proximity and her body’s demands for his, she refuses to fall for his charms again. Maybe a torrid affair in the sun is exactly what she needs to get him out of her system. But when her stalker tracks them down, can they escape the steamy Key West night without anyone getting hurt?

My Thoughts:
It has been eight years since they broke up, now they are forced into close proximity so that Jude can keep Libby safe. It is easy to sympathize with Jude. He plays the role of screw-up, but there is more to him than he lets people see. He is conflicted because he still loves Libby, but doesn't think he deserves to be with her. There is plenty of steam here, as well as a bit of mystery and suspense. I also liked the introduction to the Wilde brothers, who will be in future books. We also get a peek at Seth Harlan who is mentioned in SEAL of Honor, who will be part of the HORNET team. I am looking forward to more of both series. 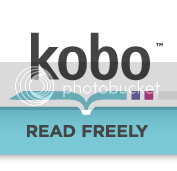 *WLB review of SEAL of Honor
Posted by WiLoveBooks at 5:00 AM