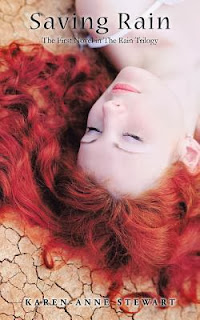 
Raina has tried to forget her past, forget the pain, but when she finds herself staring straight into the fury blazing in her ex-boyfriend's eyes, her dark past comes rushing back. Furious with herself for actually having chosen someone like her father, she uses that anger to her advantage and fights for her life...and for her future that she prays will involve the man she can't seem to get out of her head.

Kas is a natural leader, a fierce fighter, the type of man you send in when you need to get the job done. He is a courageous hero who is used to risking his own life to save others, but can he save the one who has captured his heart from her horrific past and the men who are hell-bent on destroying her?

As Kas and Raina try to navigate through the twists and turns of a deviously intelligent human trafficking group, they find solace in each other's arms. Can they infiltrate the trafficker's tight ring, saving the innocent lives from imminent danger before it's too late?

*Disclaimer - Due to sensitive subject matters of abuse, human trafficking and intimate scenes, The Rain Trilogy is intended for readers 18 and older.

My Thoughts:
Really good, powerful story. Raina and Kas meet when she joins his FBI team to help bring down a human trafficking ring. They are both attracted to one another but she has a past that causes her to avoid men and he senses that about her. Kas is a sweet guy and just wants to protect her from her sad past.
The story is good but the combination of omniscient POV with present tense was a little awkward for me at times and made the writing tough to get into at times. Worth the read, though. This is the first of a trilogy and ends on a cliffhanger, so be warned. Dark subject matter with human trafficking, abuse, and rape. Not explicit. I am hooked and I will definitely be checking out the next book.


Where to get it: 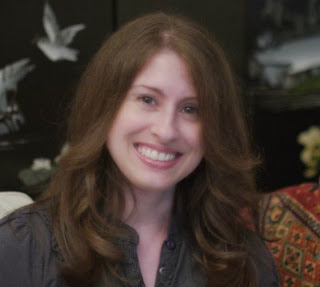 Karen-Anne Stewart is a new author and has only recently discovered that she is now addicted to writing.  Her first novel, Saving Rain, was originally going to be a single novel, but it quickly turned into a trilogy. She fell in love with the characters and had to continue the story.  Saving Rain is a new adult contemporary romance meant for readers 18 and older.

She lives in the mountains with her family.  She loves to read, hike, and travel when she is not writing.  She is a sucker for romance, especially a book with a strong alpha male who has a sensitive side.  She also enjoys a good mystery and thrillers.

Her favorite author is James Patterson; he is an amazing writer.

With being a newbie, she is just learning all the ropes, but is loving the wild ride.  She plans to write for as long as her fingers have dexterity.

1. How did you come up with the story line for Saving Rain and the rest of the trilogy?
When I finally decided to follow my dream and become an author, I knew that I wanted to write romance, but I wanted it to mean more. I have some experience working with domestic abuse survivors, but not with human trafficking. Hearing about the horrors of sex-slavery on the news, I felt the need to include trafficking in The Rain Trilogy.

2. Raina had a tragic childhood, how did she cope with everything she endured?
Raina threw herself into positive outlets to help distract herself from the pain and loneliness. Learning languages is Raina's passion, but it's her adept skills with technology that gave her the means to freedom. She also has the kindest heart, trying to see the best in everyone.

3. Kas is definitely the FBI alpha male hero, how does his need to control his world in order to keep people alive work with Raina's need to control her own life?
Kas and Raina have some hefty arguments throughout The Rain Trilogy. Kas is hell-bent on keeping Raina safe while Raina is just as determined to do what she feels is necessary to catch the Ghost and save more women and children from sex-slavery. Kas can be a bit overwhelming at times, but he doesn't act out of the desire to have control over Raina, he just wants to keep her safe. The readers will see his internal struggle between wanting to protect her but not wanting to dominate her, or change her, throughout the trilogy, especially in the final novel, After the Rain.

4. Is it love at first sight for Kas and Raina?
There's no 'instalove' between Kas and Raina, but there is definitely instant attraction. Sparks fly the first time they meet. Due to Raina's past, waiting until marriage to give herself away willingly is very important to her, but that becomes more of a challenge the closer they get. Kas is amazing, giving her time and not pressuring her to do anything she isn't comfortable doing. When he saves her from a vicious attack at the hands of her ex-boyfriend, he takes Raina to his home to heal; that's when the sparks really ignite, but those adult scenes don't happen until later in the story.

5. Who is the Ghost?
The Ghost is the leader of the largest trafficking ring in modern history; he's also a genius and finds Raina's intelligence a welcome challenge. He's fascinated with her and pulls her into a twisted game as she, and the rest of the FBI team, feverishly work to find damning evidence to stop his reign of terror. The Ghost is introduced in Saving Rain, becoming more of an active character in the final two novels.

6. Are there any more characters that cause issues for Kas and Raina or the FBI team?
There's a new character in Healing Rain, the second novel, that knocks both Kas and Raina to their knees. There's also a character known as 'Jefferson' that is a key character in After the Rain.

7. So, here are some fun questions; what's your favorite beverage and food?
I will have to admit that I gave Raina's character my favorite drinks as her favorites, too. I am addicted to Iced Hazelnut Coffee and Shaken Iced Green tea! My all time favorite food is Ravioli di Portabella; I could eat that every day :).

8. What's your favorite music to listen to while you write?
I listen to a myriad of musical genres when I write, but my favorite bands that I listened to while writing The Rain Trilogy are Daughtry, Hinder, Nickelback, Matchbox Twenty, and Pink.

9. Where do you write? Sitting at a desk or somewhere else?
I am usually found in my PJs, listening to music, when I write. Sometimes, I sip on Riesling or a sweet red wine while coming up with certain scenes. I have my netbook with me almost everywhere I go, so I can also be found at restaurants, tucked into a corner booth or out on the patio, writing.

10. Kas has been mentioned as a great 'book boyfriend', did you develop a crush on Kas when creating him?
Yep! I have a total crush on Kas...just don't tell my husband.

Posted by WiLoveBooks at 5:00 AM