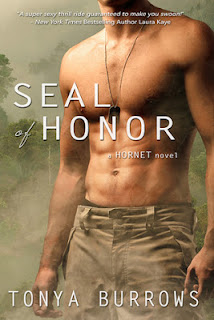 Description:
It’s a good thing Gabe Bristow lives and breathes the Navy SEAL credo, “the only easy day was yesterday,” because today, his life is unrecognizable. When his prestigious career comes to a crashing halt, he’s left with a bum leg and few prospects for employment that don’t include a desk.

That is, until he’s offered the chance to command a private hostage rescue team and free a wealthy American businessman from Colombian paramilitary rebels. It seems like a good deal—until he meets his new team: a drunk Cajun linguist, a boy-genius CIA threat analyst, an FBI negotiator with mob ties, a cowboy medic, and an EOD expert as volatile as the bombs he defuses. Oh, and who could forget the sexy, frustratingly impulsive Audrey Van Amee? She’s determined to help rescue her brother—or drive Gabe crazy. Whichever comes first.

As the death toll rises, Gabe’s team of delinquents must figure out how to work together long enough to save the day. Or, at least, not get themselves killed. Because Gabe’s finally found something worth living for, and God help him if he can’t bring her brother back alive.

My Thoughts:
There are some great characters in this book. Gabe is so serious and doesn't know what to do with himself how that he's not a SEAL anymore. His brother Raffi is a great contrast. Then he meets Audrey. There was a line in there that I thought summed up their differences pretty well. He was fighting and she wanted to help and it said something along the lines of, "What was she going to do, paint an unflattering picture of his attacker?" She is very flighty and artistic and forces Gabe to lighten up a bit. Overall this was a great read. Action, suspense, steamy romance, and some humor.
In this book we are introduced to the other guys on the newly formed HORNET team. (Gabe hates that name, by the way.) They are an interesting group and they each have their own story and set of quirks. As a set up to the series, it was very effective. I can't wait to read more about these guys.

Posted by WiLoveBooks at 5:00 AM