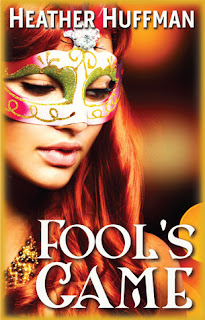 Description:
At the request of the U.S. Government, Caitlyn O’Rourke faked her death years ago, only to be reborn as the Cat—a deadly black-ops agent tasked with working for the shadowy organization Chameleon and doing the jobs that can’t be done in the light of day. Now, on the verge of taking down a notorious drug lord and rescuing a captured Chameleon agent, Cat is targeted for assassination…from within. But who’s making the call, and why? As she attempts to uncover answers and stay alive, Cat finds herself working alongside Cody Kingsley, the mysterious senator who broke her heart and betrayed her long ago. Along with an inner circle of fellow agents, Cat and Cody must untangle the web of lies that surrounds them before it’s too late. From the sultry streets of New Orleans to a secluded plantation in Ecuador to Washington, DC, Cat must elude an agent hell-bent on her destruction while figuring out how high up the ladder the conspiracy reaches. At the same time, she must work through her tumultuous and conflicting emotions where both Cody and fellow agent Galloway—who may or may not have her best interests at heart—are concerned. A thrill ride of emotions, suspense, and action, Fool’s Game intertwines matters of the heart and survival …and the only thing certain is that Cat will never be the same.

My Thoughts:
If you are a fan of Heather Huffman, you'll like this one. It is fun to see characters show up in different books. There is the same combination of romance, suspense, and humor that we have come to expect. I did have a bit of trouble getting into this one at first. I didn't really understand the characters. I didn't get what happened between them and what was keeping them apart. Things eventually become more clear although I still don't really get Cody. I don't think we see much of his personality. I liked seeing Cat in action, although it came later in the book than I would have liked. It really helped to understand her character, I thought. Overall this was fun, action-filled romance with suspense.