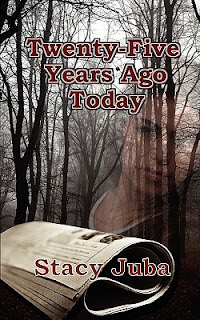 Description:
Kris Langley has always been obsessed with murder. She blames herself for the violent death of her cousin when they were kids and has let guilt invade every corner of her existence. Now an editorial assistant and obit writer for a Massachusetts newspaper, Kris stumbles across an unsolved murder while compiling "25 Years Ago Today" items from the microfilm. She grows fascinated with the case of a young cocktail waitress who was bludgeoned to death and dumped in the woods. Determined to solve the case and atone for the death of her cousin, Kris immerses herself in the mystery of what happened to Diana Ferguson, a talented artist who expressed herself through haunting paintings of Greek mythology. Not only does Kris face resistance from her family and her managing editor, she also clashes with Diana's suspicious nephew, Eric Soares - until neither she nor Eric can deny the chemistry flaring between them. Kris soon learns that old news never leaves the morgue and that yesterday's headline is tomorrow's danger, for finding out the truth about that night twenty-five years ago may shatter Kris's present, costing her love, her career, and ultimately, her life.

My Thoughts:
This is a great mystery story. It grabbed me from the beginning as Kris comes across a twenty-five year old murder that fascinated her. I was pulled along as she followed clues and became involved with the family. The story kept me guessing. The romance was just enough and didn't take away from the mystery.
I listened to the audio book and it was fantastic. The narrator did an excellent job. Very easy to listen to.