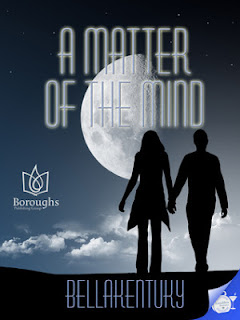 Today's interview is with Bellakentuky, author of A Matter of the Mind, which I reviewed here.

Bellakentuky is an author of short stories and novellas. The author is a native of the United States but currently resides in Argentina. His stories are often sprinkled with dark humor and have a moral to the story. His award winning work includes a coming-of-age story about five boys growing up in Brooklyn, a short story about a young girl living out west at the turn of the century who learns what it's like to kill, and a Science Fiction romance set in a spaceship traveling to a distant planet. Bellakentuky currently is a finalist in the America's Next Author 2012 writing competition. On December 11th, 2012, you can vote for him here:
http://www.ebookmall.com/author/bellakentuky

Describe your ideal writing space. How does it compare to reality?
It would be a library with French doors and a wet bar. I would have a nice desk, a recliner, a couch, a bean bag chair, and lots of bookshelves. There is no comparison. I sit at the kitchen table.
What is the first story you remember writing and what was it about?
The first serious story that I ever wrote was titled, Be Careful What You Wish For. I wrote it during a creative writing class in high school. It was about a teenage boy who wished he could go scuba diving in the ocean just like Jacques Cousteau. After saving his money, he finally gets his chance. On his first dive, he becomes separated from his group, and stupidly reaches into a hole under a rock. A giant moray eel comes out, grabs him by his arm, and then yanks him back into the hole where he dies a slow death while wishing he was back home. My teacher liked it so much, she submitted it for publication in an anthology. It was accepted and printed in a book titled, The Crowns of Kings. That was a long time ago.
Name a memorable book from your childhood. Why is it memorable?
I don't remember any particular title, but I loved the Trixie Belden series. I read every one of them.
If you could ask any writer (living or dead) a question, who would it be and what would you ask?
This is an easy one. It would Stephen King. I would ask him, "Seriously, what goes on in that head of yours?"
If you could pick any of the worlds or characters you have created, which would you want to visit or spend a day with?
Jeffrey Palladino from my book, A Matter of the Mind, because he seems like a lot fun!
What is one thing you like to do when you are not reading or writing?
I create art using the mediums of photography, paint, and sculpture.
What are you currently working on?
I have several projects going right now. I have a Christmas story titled, 459Santa. It's about a female, small town sheriff, who finds herself in an interesting situation when she attempts to arrest one of Santa's helpers for breaking and entering. I have another one titled, Rocket man. This one is about a down-on-her-luck psychic who has a man from outer space fall out of the sky and land on the roof of her trailer. And I'm expanding a story titled, In Search of Priscilla. It's currently written as short story, however, a publisher expressed some interest in it if I could make it longer. We'll see... 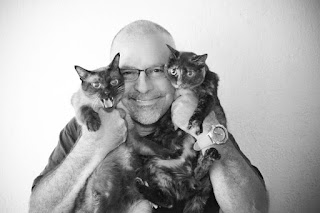 Find out more about Bellakentuky: